This year's symposium brings scholars and practitioners from around the world to discuss the Kiobel v. Royal Dutch Petroleum human rights case and its implications for international and other bodies of law. Kiobel, recently re-argued this October at the Supreme Court, raises important and complex questions regarding the extra territorial application of American law. Kiobel's outcome is likely to have a significant and lasting impact on the meaning, scope and application of the doctrine of extraterritoriality in both U.S. and international law.

One aspect of the case that has received relatively little scholarly or jurisprudential attention is the concept of extraterritoriality in international and comparative law. Framed in the familiar prohibition/permission dialectic of the Lotus principle, the outcome of the Kiobel case is likely to have a significant and lasting impact on the meaning, scope and application of the doctrine of extraterritoriality in both U.S. and international law. 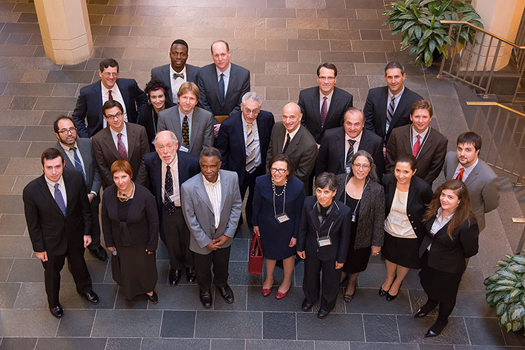 (1) whether States have jurisdiction under international law to adjudicate civil claims, including transitory tort claims, arising in the territory of foreign States;

(2) the impact of the case on related questions involving the extraterritorial application of domestic law and treaty obligations in the ongoing war on terror;

(3) Kiobel’s likely impact on wider issues of extraterritoriality and globalization in such areas of law as antitrust, corporate liability and choice of law;

(4) the more enduring significance of the case as a matter of general international legal theory.

The papers presented at the conference will subsequently be published in Volume 28 of the Maryland Journal of International Law in the spring.