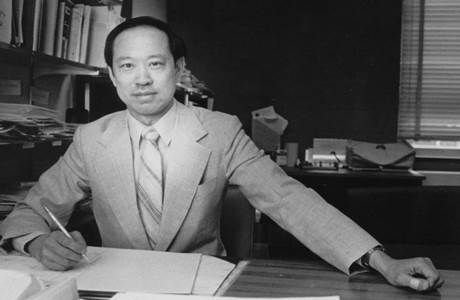 Professor Emeritus of Law Hungdah Chiu, a noted international law scholar, died Tuesday April 12 at his home in Maryland. He was 75.

Professor Chiu founded the East Asian Legal Studies Program at the School of Law in 1977, providing students with an opportunity for advanced independent research and extracurricular programs, as well as a forum for members of the legal community to present their findings and views relating to East Asian issues. The program’s publication, Maryland Series in Contemporary Asian Studies (Formerly Occasional Papers/Reprints Series in Contemporary Asian Studies) has published more than 200 issues over past 30 years.

"When he came to Maryland, international law was taught as a small part of the load of a couple of faculty members," said David Bogen, T. Carroll Brown Scholar and Professor Emeritus of Law at the School of Law. "Hungdah created an array of international courses as well as a journal and advising Jessup competition teams. He had an encyclopedic knowledge of international law and produced an unsurpassed amount of scholarship."

Professor Chiu wrote, edited and co-authored many books in English and in Chinese and more than 130 articles in the field of international and comparative law and Chinese studies, including People's China and International Law: A Documenatary Study (2 Volumes) (with Jerome A. Cohen, 1976); China and the Taiwan Issue (editor and contributor 1978); China: 70 Years After the 1911 Hsin-hai Revolution (co-editor and contributor, 1984); The Future of Hong Kong (with Y. C. Jao and Y. L. Wu, 1987); The Draft Basic Law of Hong Kong: Analysis and Documents (1988); International Law of the Sea: Cases, Documents and Readings (with Gary Knight, 1991); and Modern International Law (in Chinese, 1995, two volumes).

Professor Chiu received many awards, including a certificate of Merit from the American Society of International Law in 1976 and the First Class Merit Service Medal from the Executive Yuan in 1994. In July 2009, the Republic of China's representative to the United States, Ambassador Jason Yuan, presented the ORDER OF BRILLIANT STAR WITH SPECIAL GRAND CORDON, one of the country's highest honors, to Professor Chiu in recognition for his contributions to the nation. President Ying-jeou Ma of the Republic of China, Taiwan personally called Professor Chiu to offer his congratulations during the medal presentation ceremony. After completing his graduate work at Harvard, President Ma served as a research advisor to Professor Chiu in the East Asia Studies Program at Maryland for several months. President Ma considered Professor Chiu a mentor, and often consulted him for his views on legal issues. Although Professor Chiu retired from teaching in 2002, he continued to serve as the Director of the East Asian Legal Studies Program and as General Editor of the Maryland Series in Contemporary Asian Studies.

"His leadership within the international law community and the scholarly community of the law school was evident," said Bogen. "But he was also an extraordinary counselor for his native country."