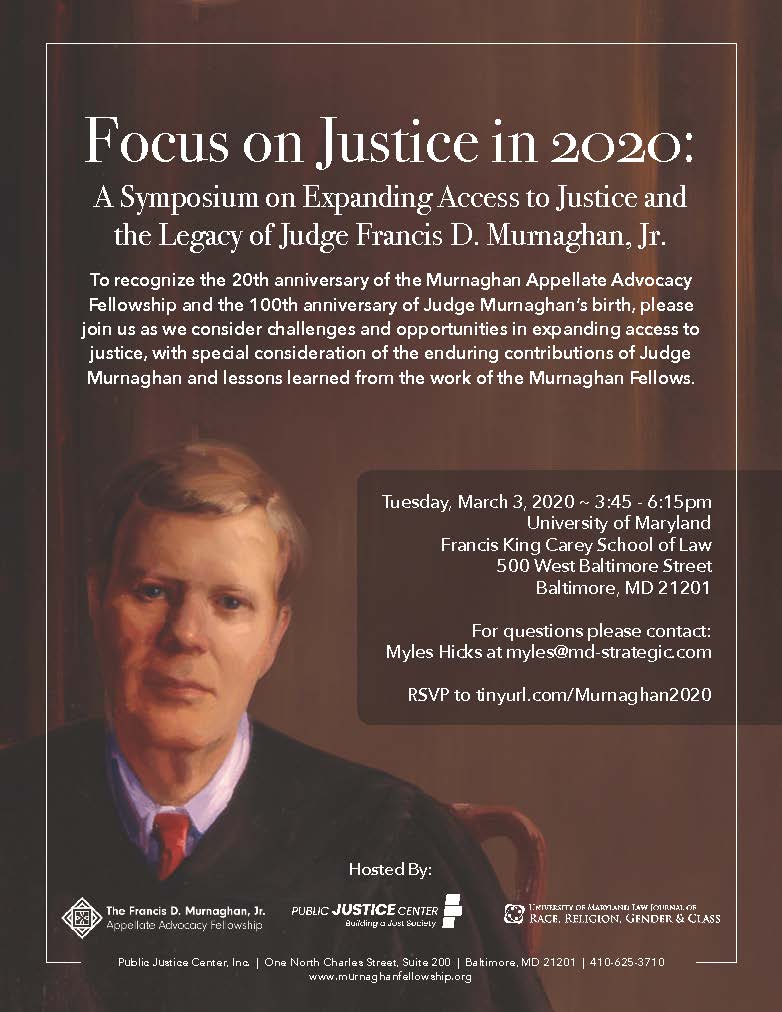 Focus on Justice in 2020: A Symposium on Expanding Access to Justice and the Legacy of Judge Francis D. Murnaghan, Jr., March 3, 2020

The Maryland Law Journal of Race, Religion, Gender, and Class, with co-hosts the Murnaghan Fellowship and the Public Justice Center, invites you to Focus on Justice in 2020: A Symposium on Expanding Access to Justice and the Legacy of Judge Francis D. Murnaghan, Jr.

The event is Tuesday, March 3, from 3:45pm - 6:15pm in the Ceremonial Courtroom, with panelists and speakers including Dean Donald Tobin, Judge Andre Davis, and Debra Gardner.

Judge Francis D. Murnaghan, Jr. is regarded as one of the most influential judges in the history of the U.S. Court of Appeals for the Fourth Circuit, serving on the bench for 21 years and authoring important opinions in areas of civil rights law. Recognizing the 20th anniversary of the Murnaghan Appellate Advocacy Fellowship and the 100th anniversary of Judge Murnaghan’s birth in Baltimore, the symposium will feature two panels considering challenges and opportunities in expanding access to justice, with special consideration of the enduring contributions of Judge Murnaghan and lessons learned from the work of the Murnaghan Fellows.